In this document we aim to specify a protocol standard of what we call an LSAT. LSAT stands for Lightning Service Authentication Token. LSATs are a new standard protocol for authentication and paid APIs developed by Lightning Labs. LSATs can serve both as authentication, as well as a payment mechanism (one can view it as a ticket) for paid APIs. By leveraging the LSATs, a service or business is able to offer a new tier of paid APIs that sit between free, and subscription: pay as you go.

One can view LSATs as a fancy authentication token or cookie. They differ from regular cookies in that they're a cryptographically verifiable bearer credential. An LSAT token encodes all its capabilities within a macaroon which can only be created by the end service provider. The LSAT specification uses a combating of HTTP as well as the Lightning Network to create a seamless end-to-end payment+authentication flow for the next-generation of paid APIs built on top of the Lightning Network.

The system described above isn't a fantasy, LSATs are used today by Lightning Labs to serve as an authentication+payment solution for Lightning Loop, a non-custodial on/off ramp for the Lightning Network. Lightning Labs, has also open sourced aperture, a reference LSAT aware reverse-proxy used in production for all our systems. In the remainder of this section, we'll explore the motivation, lineage, and workflow of LSATs at a high level. For a more detailed speciation, please see the later sections of this specification.

HTTP as we know it today uses a number of error codes to allow developers to easily consume APIs created by service providers. As an example, the well known 200 OK error code indicates a successful HTTP response. The 401 Unauthorized is sent when a client attempts to access a page or resource that requires authentication, and so on. A large number of other error code exist, with some more commonly used than others. One error code which has widely been underutilized is: 402 Payment Required. As the name entails, this code is returned when a client attempts to access a resource that they haven't paid for yet. In most versions of the HTTP specification, this code is marked as being "reserved for future use". Many speculate that it was intended to be used by some sort of digital cash or micropayment scheme, which didn't yet exist at the time of the initial HTTP specification drafting.

However, several decades later, we do have a widely used digital cash system: Bitcoin! On top of that, a new network oriented around micropayments has also arisen: the Lightning Network. Early in the lifetime of Lightning Labs, we were drawn to the potential for paid metered APIs enabled by the Lightning Network. We'd solved the payment portion with LN itself, the next challenge was to create a protocol that would be easy to drop into existing APIs in an easy and extensible manner. Our solution to this is the LSAT protocol.

Authentication and API Payments in a Lightning-Native Web

Lightning has the potential to serve as the de-facto payment method to access services and resources on the web. In this new web, rather than a user being tracked across the web with invisible pixels to serve invasive ads, or users needing to give away their emails subjecting themselves to a lifetime of spam and tracking, what if a user was able to pay for a service and in the process obtain a ticket/receipt which can be used for future authentication and access?

In this new web, email addresses and passwords are a thing of the past. Instead cryptographic bearer credentials are purchased and presented by users to access services and resources. In this new web, credit cards no longer serve as a gatekeeper to all the amazing experiences that have been created. LSATs enable the creation of a new more global, more private, more developer friendly web.

At this point, curious users may be wondering: How would such a scheme work? Are the payment and receipt steps atomic? Why can't a user just forge one of these "tickets"?

An LSAT is essentially a ticket obtained over Lightning for a particular service or resource. The ticket itself encodes what resource it's able to access. It can be copied, or given to a friend so they can access that same resources. It can also be attenuated to provide a friend access to a slightly weaker version of that resource (able to stream video at only 480p as an example). On the other end, services can mint special tickets for particular users, rotate, upgrade, and even revoke the tickets.

The tickets themselves are actually macaroons. Macaroons are a flexible standard for API credentials which are already used by lnd as its default authentication mechanism. The LSAT protocol allows a user to atomically purchase one of these tickets for sats over the Lightning Network. Partial LSATs are served over HTTP (or HTTP/2) when a user attempts to access a resource that requires payment (402 Payment Required) along with a Lightning invoice. This partial LSAT can then be converted into a complete LSAT by paying the invoice, and obtaining the payment pre-image (the invoice pays to a payment hash: payment_hash = sha256(pre_image)).

With proper integration at end clients, Lightning wallets, mobile application, browsers (and extensions), the above flow has potential to be even more seamless than the credit card flow users are accustomed to today. It's also more private as the server doesn't need to know who paid for the ticket, only that it was successfully paid for.

Example Applications and Use Cases

The LSAT standard enables a number of new use cases, pricing models, and applications to be built, all using the Lightning Network as a primary money rail. As the standard is also defined over HTTP/2, it can be naturally extended to also support gating access to existing gRPC services. This is rather powerful as it enables a strong decoupling of authentication+payment logic from application logic. Today Lightning Loop uses LSAT in this very manner to provide a lightweight authentication mechanism for our users.

As LSATs leverage the Lightning Network for its payment capabilities, they also enable the easy creation of metered APIs. A metered API is one where the user is able to pay for the target resource or service as they go rather than needing to commit to a subscription up front. Developers can use LSATs to create applications that charge users on an on going basis for resources like compute or disk space. If the user stops paying, then the resource can be suspend, collected, and re-allocated for another paying user. Once again, as the standard supports gRPC which supports bi directional streaming APIs, one could even create a metered streaming video or audio service as well!

Additionally, LSATs also enable innovation at the API architecture level. One example is automated tier upgrades. Many APIs typically offer several tiers which allow users to gain access to more or additional resources as they climb up the ladder. Typically, a user must manually navigate a web-page to request an upgrade to a higher tier, or downgrade to a lower tier. With the LSAT standard, tier upgrades can easily be automated: the user hits a new endpoint to obtain an upgraded LSAT which encodes additional functionality or increased resource access compared to the prior tier. Services can even leverage LSATs for A/B Testing by giving subsets of users distinct LSATs which when submitted to the service, render a slightly different version of the target resource or service.

In this section we've provided an overview of the lineage, motivation, workflow, potential and uses cases for the LSAT standard. In the later sections, we'll dive a bit deeper, fully specifying the LSAT protocol end to end. 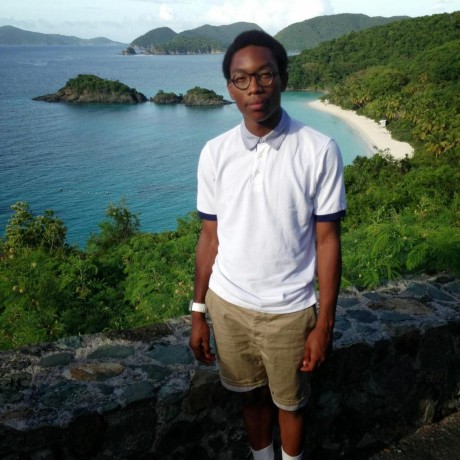